My path is the of the “Wounded Healer” (see blog post). I have been deeply dedicated and involved in my own therapy, healing and meditation for decades. I have healed from chronic physical pain. This taught me th importance of understanding how much chronic physical pain effects one psychologically, as well as the difference and the interface between the two.

My path as a seeker and healer began at an early age. I was president of my Youth Fellowship Group at church as a teen-ager and was giving sermons to the entire Congregation in my youth. I had a very intuitive mother, and doing psychic readings was part of the daily routine over washing dishes.

I was fortunate to have a very loving and gifted therapist in my early twenties and knew from that point on that counseling and healing was my vocation, a part of my spiritual path, not just a career.

As I say in my post on Depth Psychology, the “Wounded Healer, and the World of Trauma,”: 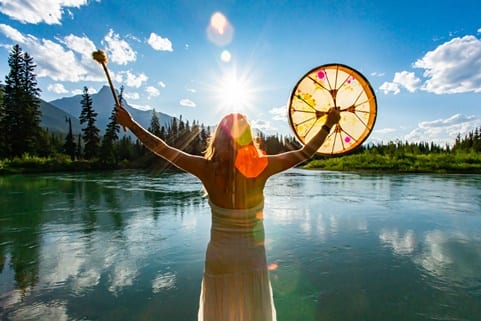 “Acceptance of my human limitations and integrating that with my ability to access the Divine is where my “mourning integration” has taken me. It can be very much a struggle to hold both, but life would not be fulfilling to me without enchantment, magic, wonder and mystery along with the routine and the mundane.

Training in Psychic Practice and Meditation 1979-1981

My Passion for Beauty

Singing Sacred Music is a spiritual path for me. I began training in Chant style sacred music in 1999. In 2006 I was a founding choir member of Vox Flores, a Medieval Women’s vocal Ensemble led by Shira Kammen and Devi Mathieu. Along with Vox Terra, the men’s ensemble, we perform spiritual musical concerts recreating musically the “pilgrim’s journey.” Our concerts now include: The Black Madonna Concert, The St. Francis Concert, and the Soul’s Flame Concert (from Dante’s Divine Comedy).